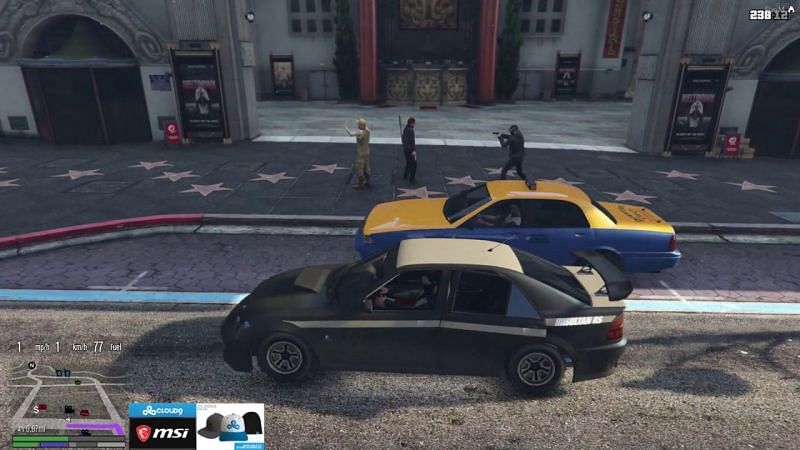 In GTA 5 RP, a player chooses to be a criminal, a cop, or even civilian jobs.

Roleplaying in GTA 5 RP involves playing as a real human being in the game world, meaning players need an ordinary job to earn money and survive. This is different from GTA 5 and GTA Online, where they make money from completing missions or various other activities.

Different servers may have different jobs available to them, some of which are unique to that particular server. Here are a few jobs common across most servers that provide some of the best roleplaying experiences for GTA 5 RP players.

One of the significant jobs available to roleplayers on all GTA 5 RP servers is police officers. GTA has always been a game of cops and robbers, and the most fascinating aspect of GTA 5 RP is still the faceoff between the police and criminals.

Much like in real life, a challenging job on all GTA 5 RP servers is that of a cop. Players will find themselves having to learn radio codes, the Miranda warning, and other general rules.

From gunfights to robberies to chasing speeders, there is much to do in a single day as a cop in GTA 5 RP. Being a fair and efficient officer is even more difficult, as roleplaying involves realism, and players cannot just arrest or shoot suspects whimsically.

The law is complex and realistic on the GTA 5 RP servers, and it doesn’t just involve the police. Cases have to be brought up in court and presented before a judge, where the defendant gets to hire an attorney to speak for them.

Roleplaying a lawyer in GTA 5 RP requires the player to be a smooth talker over everything else, and while it is not as difficult as in real life, it is pretty challenging to be good at it. Overall, it is one of the most interesting and fun jobs to have if the players are up for the challenge.

A court cannot function without lawyers and judges, and since criminals in GTA 5 RP are handed out court sentences, it is obviously necessary to have a judge decide them.

Roleplaying a judge on the GTA 5 RP servers is a big responsibility. Players get to decide the fate of others who roleplay as criminals and choose whether to be lenient or strict in implementing justice.

Emergency Medical Services is a significant aspect of GTA 5 RP. Downed players are required to call them for assistance, and they can be revived if the paramedics arrive on time.

The doctor works mainly at the hospital, treating downed patients or those in need of medical attention. Their job can sometimes get repetitive in GTA 5 RP, but the roleplaying has to be convincing.

One of the few recurring “normal” ways to earn money in the GTA series has been to work as a taxi driver. Driving NPCs to their destinations can often become repetitive, but in GTA 5 RP, roleplaying a taxi driver involves taking in other roleplayers as passengers.

This makes for an interesting job as the player meets new people, and no fare is ever the same. Since GTA 5 RP requires roleplaying, they also need to obey traffic rules to make their job appear as realistic as possible.