When does GTA 6 come out?

That is the question on everyone’s mind. Rockstar announced in February 2022 that the development of the next entry in the Grand Theft Auto series is well underway.

Initially, it was assumed that the GTA 6 release date would be sometime around 2023. Some overly eager fans were hoping for 2021, though that was highly unrealistic.

Recently, however, these estimations were moved further, all the way to 2024 or 2025. Let’s look at some information that will clear up the picture on when does GTA 6 will come out.

Even though there’s still no definitive answer to when is GTA 6 coming out, a new wave of solid rumors has kicked off with Tom Henderson, a leaker with a long history of accurate early-access info (e.g., on Battlefield).

GTA 6 Release Date: When is GTA 6 Coming Out?

In a recent video, Henderson offered a prediction for Grand Theft Auto release date in 2024 or 2025, along with some other GTA 6 predictions and rumors, including a modern Vice City setting as a GTA 6 Map Location.

He mentioned Rockstar’s crunch controversy, how they want to avoid making the same mistake and put less strain on their workers. Combine that with the ongoing COVID-19 pandemic, and it’s easy to see that he might easily be right. GTA 6 could be announced this month (November 2022)? GTA 6 speculations are in full swing, and fans are eager to get a good look at the upcoming title. While Rockstar Games has assured fans that the game is still being developed, the company is yet to announce a release date. GTA 6 Announcement: Insider Talks About Possible Official Update Rockstar Games recently tweeted that their music label CircoLoco Records has released a new track called World Is Empty. This announcement has caused many fans to become enraged at the developer as they were expecting the latter to finally reveal something related to GTA 6. 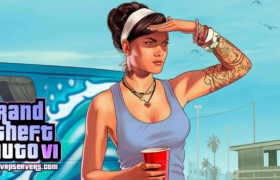 GTA 6 Release Date and Announcement Rumors Take Over Twitter   GTA 6 is set to be the most anticipated game in the series, and it looks like fans won’t have to wait long before they can see an official glimpse of it. The game is heavily rumored to be announced on October 21, 2022, during […] GTA 6 rumors: Rumors that could turn out to be true Recent GTA 6 leaks have dispelled numerous rumors regarding the upcoming game. While some of them were proven true, others weren’t. Nonetheless, fans continue to speculate about the title, and many new leaks and rumors have surfaced recently. This article lists five new GTA 6 […] 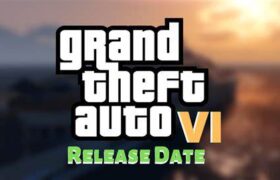 GTA 6 might be revealed via GTA Online GTA 6 will be revealed via an in-game live event, and then further promoted with additional in-game events in GTA Online, according to the leak. This should be imagined as being a format similar to the live events we’ve seen in Fortnite: Battle Royale, and is a logical […] GTA 6 protagonist voice actress has apparently been revealed It has only been two days since the GTA 6 leaks emerged, and fans have already discovered the identity of the voice actress for one of the game’s protagonists. Though this is not a new theory, the clips have provided more evidence to support it. Fans believe this […]