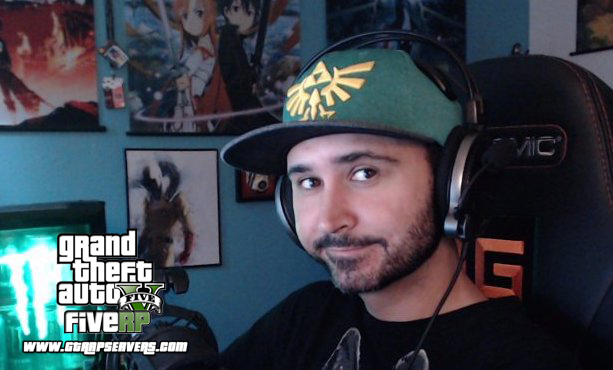 Summit1g is one of the biggest GTA RP streamers on Twitch right now.

The streamer’s real name is Jaryd Lazar, he started his YouTube channel in 2013 where he played games like Infestation War Story and War Z. He then started to stream Counter Strike Global Offensive (CSGO) and began playing professional CSGO soon after.

After retiring from esports, Summit1g moved on to other games like PlayerUnknown’s Battlegrounds, Fortnite, H1Z1 and GTA 5 RP. He started a Twitch channel and quickly became huge on the platform, having accrued over 5.9 million followers at the time of writing. Summit1g role-plays as “Charles Johnson” on the NoPixel server. Charles Johnson is a member of Chang Gang, also known as “Chawa” which comes from Mr. K’s inability to pronounce his real name.

He loves cars and is an avid street racer. He often undertakes getaway driver gigs and gets into long chases with the police.

Charles has a unique style of escaping the cops as none of his plans involve switching cars or hiding in plain sight. He simply outruns them until they either lose him or run out of gas.

He dreams of becoming the greatest getaway driver that ever lived and has gained the nickname of “Crash Johnson”. When he is not driving, Charles is trying his luck at the Blackjack table. He is known to be an accomplished player, with many calling him “Father of the Table.”

He is known for leaving Los Santos and traveling on long sea cruises or laying low in Russia for extended periods of time.

GTA 5 RP streamer Summit1g has a pretty active viewer base on Twitch with his GTA RP streams garnering 40,000 to 50,000 views on average. In August, he amassed a staggering 5,780,217 hours of total watch time on his Twitch channel.

He makes money on Twitch through donations, subscriptions and brand deals. Twitch data isn’t that accurate but it is estimated that he makes around $80,000 a month from the platform.

Summit1g has also signed a multi-year exclusivity deal with Twitch which has surely made him a lot of money.