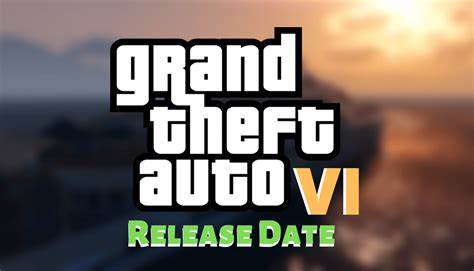 GTA 6 will be revealed via an in-game live event, and then further promoted with additional in-game events in GTA Online, according to the leak. This should be imagined as being a format similar to the live events we’ve seen in Fortnite: Battle Royale, and is a logical next step in cultivating GTA Online as a live service platform.

Rumors about GTA 6 continue to spread as players eagerly await an official announcement. While there have been numerous murmurings since the leak, a new report claims Rockstar Games will tease the upcoming game this month.

Although Rockstar has yet to confirm the rumors, players have noticed a familiar pattern in the publisher’s previous teasers. While most trustworthy sources state that the game won’t be released for at least two years, fans are simply seeking an official sneak peek.

Few games have had as many leaks, fake or otherwise, associated with them as the unannounced-but-blatantly-happening Grand Theft Auto 6. Slowly becoming as much of a fandom fixation as Half-Life 3 (but with an infinitely higher chance of actually being released in our lifetime), the sequel to Rockstar’s massive cash cow might get announced in the pseudo-MMO GTA Online if rumors are to be believed.

Tez2, a popular game data miner, has hinted at a possible GTA 6 tease during this year’s Halloween event on Grand Theft Auto Online. On September 25, the user stated that the upcoming game is speculated to be announced with UFO sightings in the multiplayer. He said:

“GTA 6 being properly annouched during GTAO UFO event? Not so much. It’s only speculation.”

Tez2 justified his claim by citing a “mysterious picture” of a UFO hovering over a house in Grand Theft Auto: Trilogy – The Definitive Edition. He went on, saying,

“Basis of speculation being that Rockstar teased/placed the mysterious picture of a house likely from GTA VI within GTA Trilogy DE. And the picture was about a UFO hovering over that house.”

On October 1, the user reported the time period for UFO sightings in the ongoing Halloween event in Grand Theft Auto Online in another thread. He said:

It should be noted that last year’s UFO sightings lasted the same number of days. Although he made no specific mention of other UFOs, he stated that the Fort Zancudo UFO will appear on Sunday, October 23.

So far, the mysterious picture story and UFO sightings appear to be converging. However, Rockstar faced a major setback when an alleged teenager known as “teapotuberhacker” hacked into their servers and leaked a massive 3 GB worth of game files, images, and videos for the upcoming Grand Theft Auto title. Tez2 also warned fans about the potential delay caused by this breach. He stated,

“now that Rockstar experienced a security breach, plans definetely changed. We don’t know……if the breach resulted in delaying the reveal.”

Although Rockstar claimed that the incident would not affect the development of the upcoming game and that it would be launched on an undisclosed scheduled date, fans across the world are anticipating a sooner-than-expected release.