In this article we will bring you the places from the GTA franchise that exist in real life and also some curiosities about each of them.

GTA locations based on real life

You know those of us who like Grand Theft Auto on Creative Parade. And today, doing a little research, we realized that there are several sites from the game that are inspired by real life. Some are more similar than others, and if you look closely you will realize that you already knew these sites.

10 Places from the GTA franchise that exist in real life 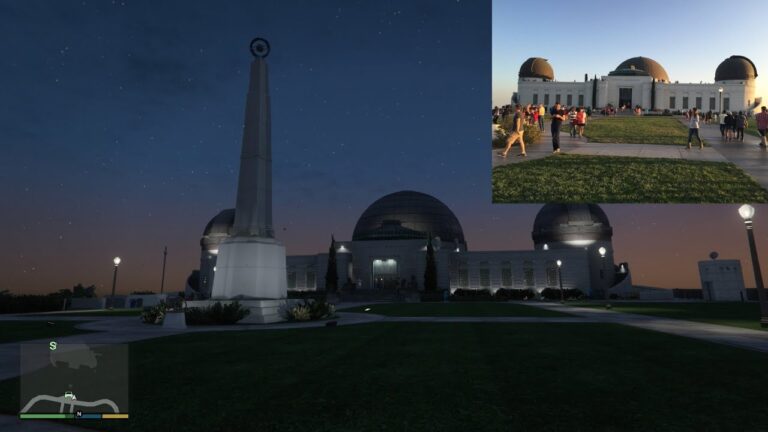 The famous Maze Bank building in the heart of Los Santos is a parody of the US Bank Tower in downtown Los Angeles.

The US Bank Tower has 73 floors and 310m high thus being the 2nd tallest building in California.
The building cost a small sum of US$350 million to build. The wind farm in GTA V was based on the Tehachapi Pass wind farm located between the Mojave Desert and the central valley.

There are about 5000 wind turbines in the park
The Tahachapi wind farm is one of the largest in the world covering an entire mountain.
The park has the capacity to generate 800 Mw/h of electricity, which is enough to supply about 350,000 people a year. The Del Perro Pier in GTA V is no doubt a fictional place, however the location is heavily inspired by the Santa Monica Pier that is located in California. Much like its real-life counterpart, Del Perro Pier hosts a ferris wheel among other attractions, and is highly populated by people in both the real and reel world.

The Santa Monica Pier has been around since 1909 thus being among the oldest tourist spots in Los Angeles.
The site is one of the most popular tourist attractions in all of California and receives millions of visitors every year. Chumash is a coastal city located along the western Great Ocean Highway. This city is based in Malibu, CA.

The Word “Chumash” comes from a native tribe that inhabited the central and southern coastal regions, including Malibu.
The word “Malibu” is of Chumash origin.
You visit this city only once in the story mode of GTA V during the “To the letter” mission. The mountain was painted by a man named Leonard Knight and took 30 years to complete. It is 15 meters high and takes up 50 meters in diameter.
The Mountain is located in a small town called Slab City and in GTA this place is called Stab City and both are trailer camps.
In 2002 the mountain was named a US national treasure and receives thousands of visitors every year.
The mountain can be seen in many music videos, such as: “Birds” – Coldplay, “Praying” – Kesha, and “Girl Front” – Loona. Existing only in GTA SA the Gant Bridge is based on the famous Golden Gate Bridge in San Francisco Bay.

The bridge was opened in 1937 and is 2,737m long, 27m wide, and 227m high.
The bridge is considered one of the 7 wonders of the modern world.
The bridge is the place where people commit suicide the most in the world. Located in Liberty City / New York, Middle Park is the largest park in GTA IV and is a parody of Central Park.

Central Park was opened in 1858 and is considered an oasis within the great forest of skyscrapers.
Central Park receives about 30 million tourists every year.