NoPixel server: What is it, How do you get into NoPixel RP? GTA RP 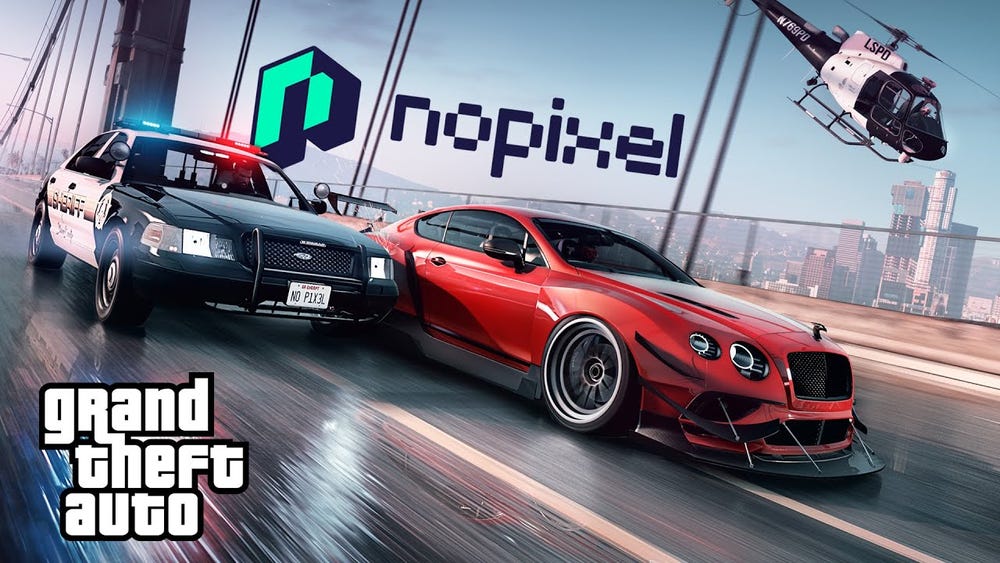 The roleplaying mod, which allows players to join a server as a random character—may that be a leader of a gang, a doctor, or an innocent old man—has been a breath of fresh air for the community.

But to experience GTA RP at its fullest, players first have to find the right server. While there are a good variety of servers that players can choose from, most Twitch streamers play on NoPixel.

How to apply to NoPixel?

To join NoPixel, you need to visit their website and register to the NoPixel forum. You’d need to wait for an administrator to approve your request which might take a few hours. After getting your account approved, you’d need to fill the actual whitelist application form in order to officially join the server.

Players who want access to NoPixel’s GTA RP servers must fill out an application form on the server’s official website.

So whether you want to test out your role-playing skills, or if you want to try and run into your favorite streamer, we’ll explain the process behind the NoPixel public server below.

The process to join NoPixel’s public server for GTA RP is simple, especially if you already own the game for desktop. This server is not available to play on console since you need to add the FiveM mod in order to play.

The downside to attempting to play on the server is having to wait in long queue times. As Reddit user R4nd0mnumbrz pointed out, there are a lot of people attempting to join at once. And others have pointed out that the number has even topped 2000 at times.

Although these numbers were around the launch of the public server, and the wait times have settled down since then. But it’s still a long wait for those without priority.

If you aren’t a fan of waiting in long queues then you can pay your way to the top of the priority list.

As Reddit user jjhassert shared, there are different tiers (viewed above) for users who want to pay to skip the long wait times. Although as the store indicates, these are subscription-based so these aren’t a one-time fee, they’re a monthly fee.

What are the rules of NoPixel?

NoPixel’s GTA RP server has a set of rules that all players must abide by. If the rules are broken, there’s a good chance they’ll be removed from the whitelist and banned indefinitely.

When registering for Server and completing the application process, the mods instruct that “acting salty,” “breaking character,” and acting “immature even when someone appears to have broken rules around you” is punishable by ban.

Rules and guidelines related to interactions within the NoPixel server, like crimes, permadeath, and environmental violations, are also listed.

Finally, and perhaps most importantly, the server requires players to have a functioning microphone, tried and tested before joining.

Players can find further information about the GTA V RP NoPixel server on its official forums.

NoPixel server: What is it, How do you get into NoPixel RP? GTA RP