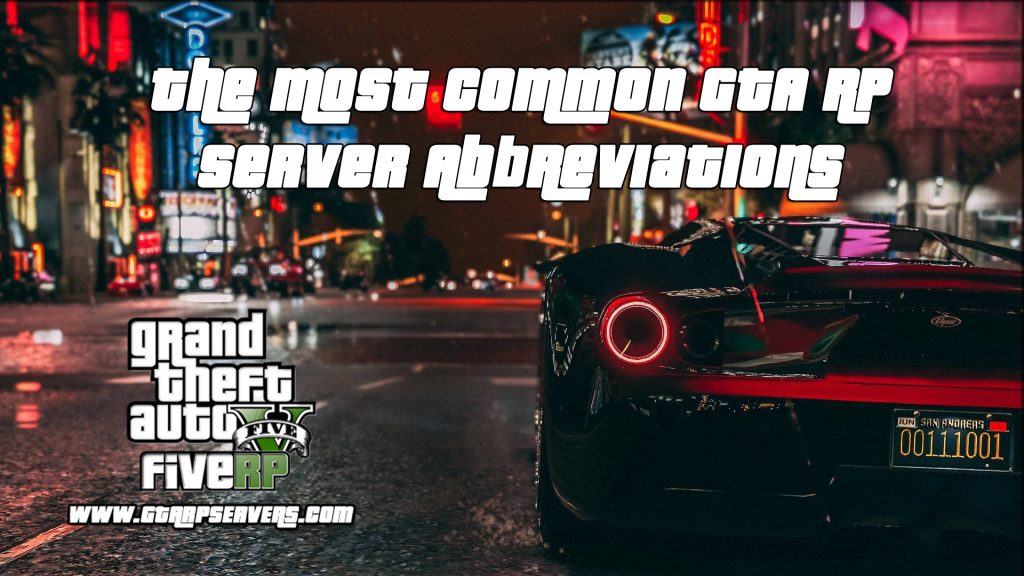 If you are on this page, chances are you are already familiar with the concept of GTA roleplay and what it is. But, even if you’re not, let’s first discuss what exactly GTA roleplaying is. GTA 5 roleplaying is a user-created multiplayer mod for the PC version of the game that adds a whole new immersion level to the game.

If you are playing on one of these roleplaying servers, you can expect yourself to be indulged in a much more civilized lobby instead of the regular chaotic “Oppressor Mark II griefing” lobbies. As the name suggests, you take on a fictional character’s role on these servers and play out that character. You can be anyone you want, such as a doctor, a cop, a thief, lawyer, judge, etc. The catch is, you must act like one in the game. Everything is realistic in GTA RP including the way you talk, walk, and even drive vehicles. There are speed limits for certain areas. Your vehicle has fuel and the engine can burn out. 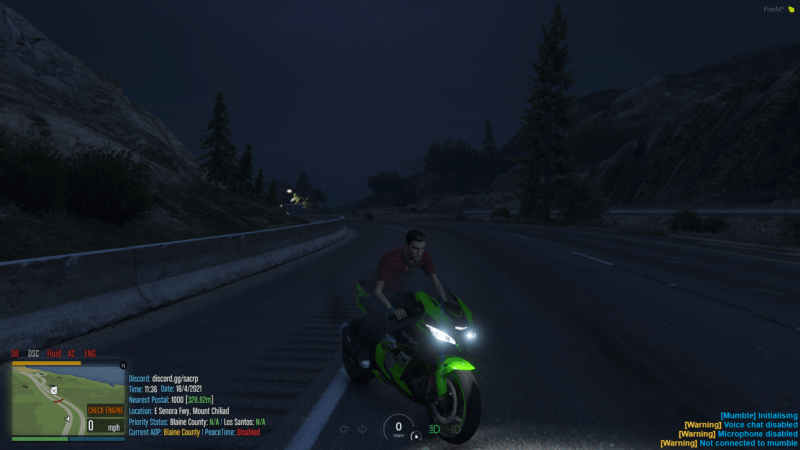 As mentioned earlier, you will find that these servers are much more organized and have a “civilized” environment thanks to the strict rules that all the roleplaying servers enforce. These rules are set in place by the server’s admins to ensure that all the players have the best and most immersive roleplaying experience on the server. If there were no rules, then you might as well play the regular GTA Online. Failure to comply with the rules of the server usually results in an instant ban. 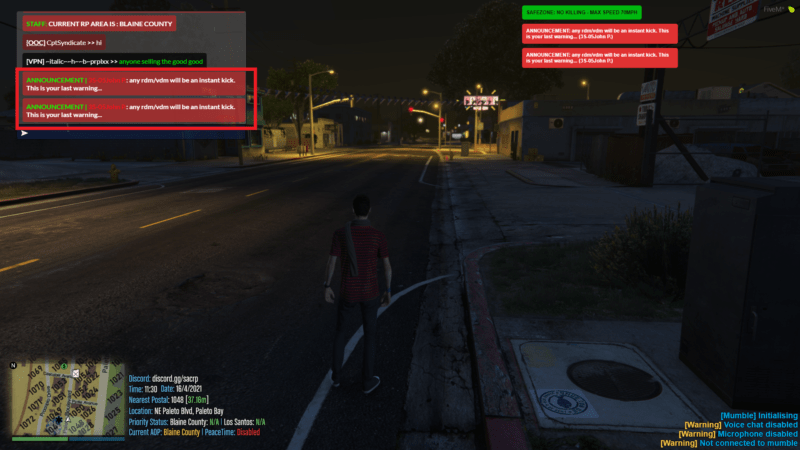 Admin of the page warning the players of RDM/VDM

Now that you’re familiar with GTA RP let’s move onto some of the most common abbreviations, including VDM and RDM. The fictional roleplaying world is considered a virtual world where real life is imitated. Like in the real world, you cannot kill other people on the server unless there is a valid reason in the context of the roleplay leading up to it. That would obviously be a “crime” on the server. This is where Vehicle Death Match (VDM) and Random Death Match (RDM) abbreviations are used. 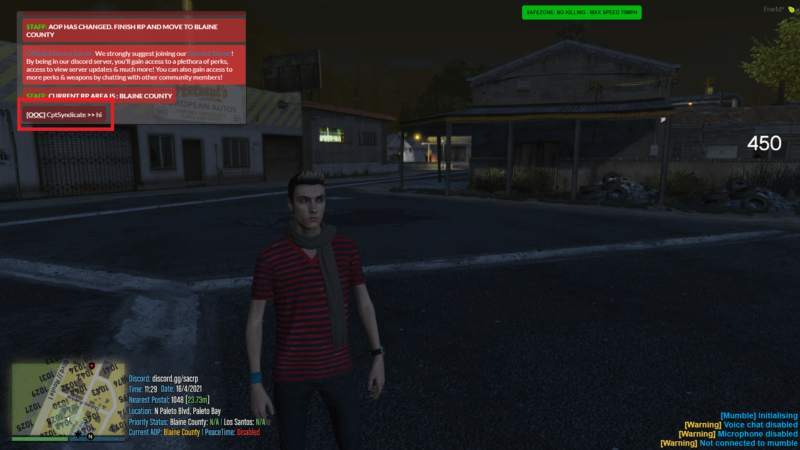 Out Of Character Chat

The above-stated abbreviations are just a few out of hundreds of abbreviations, including custom abbreviations, that are exclusive to most of the roleplaying servers. You can always find the abbreviations list and their meaning on the website of the server you play on.

By now you might be wondering, how do I play GTA RP? It is simple, you need to install FiveM. There are thousands of servers to play on if you install FiveM, the unofficial server hosting and joining software dedicated to providing third-party GTA Online servers.