Out Of Character GTA RP (Image via GTA RP Servers)

OOC stands for Out Of Character. While you are in OOC mode, whatever you type in the chat is written as your real self and not the fictional roleplaying character on the server.

IC and OOC (Out Of Character) Interactions

out of character meaning

Players are only allowed to engage in sexual, torture, or disgusting roleplay if all players involved including witnesses give prior OOC consent. Such roleplay should therefore not be held in public areas or areas where players commonly visit, e.g., prison/jail.

Usage of ethnic and/or LGBT+ related slurs is considered disgusting roleplay and all parties involved must give prior OOC consent before it can be done. In addition, it must make roleplay sense for your character to want to use any racial slurs In Character. 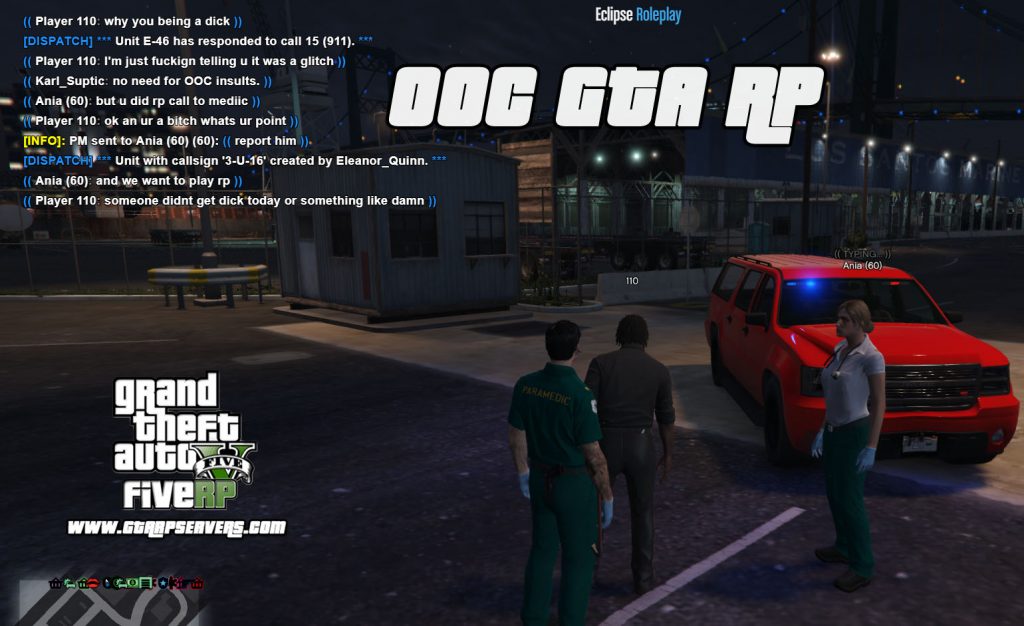 Players must be able to communicate in English and In-Character chat (such as VOIP or text) must be English only. We do not forbid players from using words/slang of different languages to define their characters.

Players that wish to roleplay speaking a foreign language in In-Character text chat can do so by using “[Language] Text Chat”, e.g., “[Spanish] Rob him.”

In-Character Content must not contain acronyms like “lol” or “u” or smiley faces excluding through In-Character phone messages.

For Out-of-Character content in In-Character chats e.g., links in Weazel Ads, the OOC content must be encased in brackets, (( As an example, this would be OOC content. ))

Players are expected to use our Out-of-Character chat commands when communicating Out Of Character with players or staff. OOC Chat commands are: /ooc, /o, /b, /pm, /vpm, and /f.

Players may use Out Of Character videos or screenshots in roleplay if the footage depicts the character using the /record command or has roleplayed a camera. Players are expected to have proof of RP with timestamp (/time) if they are roleplaying a non-visible camera object such as a body cam. Such RP is only valid for 48 hours, or until your character gets killed, until it breaks through RP, or until the player loses IC access to the device realistically e.g., being jailed/prisoned. If you are put in jail/prison, it does not invalidate any previously recorded footage, you just need to re-do the RP for further footage to be valid In Character.

If there are no out-of-character videos or screenshots to support the roleplay of what a player would see as they review footage, it can be roleplayed in /do but all parties involved must agree to the description given. If no agreement can be met, the footage should be considered corrupted in-character.

Please be respectful of our staff members, even in cases where you disagree with their decisions.

Our staff members are volunteers who wish to help players such as yourself, but in order to enforce the server rules, they may also issue punishments or make decisions that may not favor you.

They are humans and, admittedly, can make mistakes that could make you feel mistreated and spark a conflict, however, even when you are upset, please refrain from further escalation and we expect the same from our staff.

As mistakes do happen, all players are welcome to submit punishment appeals and report cases of abuse on our forums where your concerns will be reviewed by a different staff member, and any potential mistakes will be corrected.