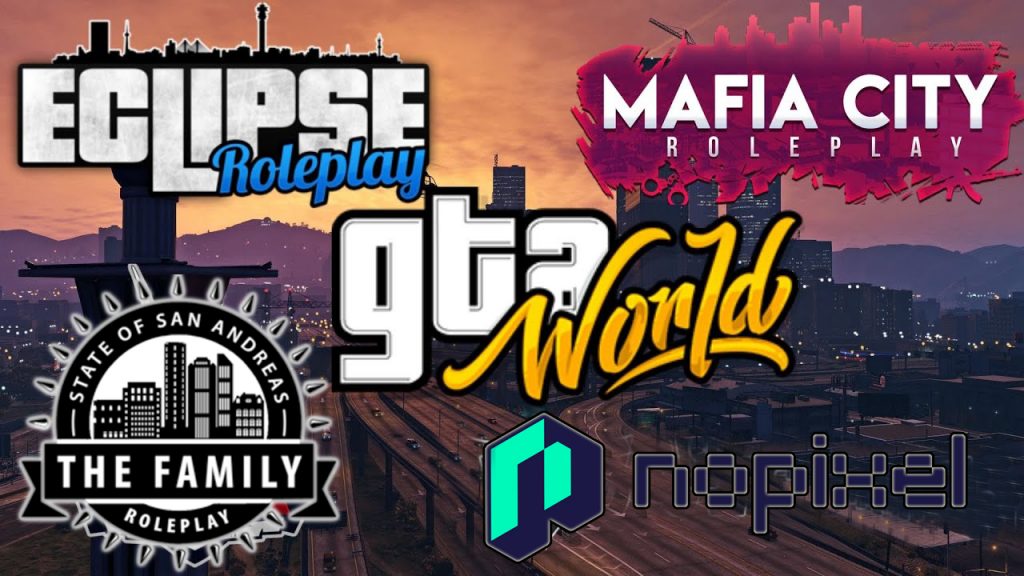 GTA 5 has seen so many modifications over the years. Players have had this new GTA for nearly a decade now, but the fun has not stopped. One modification made has been the addition of GTA 5 RP servers.

GTA 5 RP servers are for the hardcore roleplayers. The RP server allows players to create a character, interact with others as that character, and live the life of that character, all within GTA 5. These servers often have jobs to complete, police to catch the criminals, and even homes for purchase.

Mafia City is a GTA 5 RP server that claims it has the most immersive environment available. This server comes from the Rage mod rather than the typical FiveM mod. The server touts its dynamic legal and illegal group system. Players can own property, with every single one in this GTA 5 RP server, up for sale. This is for those who want to play as a cop, gangster, or a even a greedy CEO, and try to run the city.

Eclipse RP – The waiting list for this GTA 5 RP server is sure to be long. Eclipse is one of the more popular servers around. The server has tons of jobs for players. There are crime gangs to join, and plenty of cops to counteract them. This server has the best forums out of the lot. Interacting with those behind the characters is easy. Eclipse allows hundreds of players in at once, never being short on roleplaying action.

The Family RP is one of the original GTA 5 RP servers that gained popularity. This is a server that focuses on realistic roleplay and story-driven interactions. It even has a realistic progression system. There’s nothing flashy about The Family RP, but it hosts some of the best straight up roleplaying.

GTA World stands out above many for its simple text-based system. If players don’t want to share their voice or feel they can’t do the voice needed for their character, this is the perfect GTA 5 RP server. The server size is massive and like many others, this one focuses on realism. The forums, Discord, and in-game chatting system are among the best available for a GTA 5 RP server.

NoPixel very well may be the undisputed king of GTA 5 RP servers. It is hands down the most popular server available, hosting some of the more high-profile players. Streamers such as Summit1G, Lirik, and Moonmoon have all spent time on this server. It became so popular with over 4000 applications, that the developer had to suspend the process.